Long ago, in a far away land called New Cross, a tall dark man sought the hand of a comely wench.

“Give me your hand now. Why do you insist on walking behind me all the time? We’re supposed to be walking together!”

“Biko, leave my hand. Are we conjoined twins? Haba!”

The tall man persevered and won the heart – if not the hand. That came later – of the comely wench. And one day, her mother came to stay.

“Ah,” he said as his mother-in-law breezed in avoiding skin contact with her daughter. “Now I see where you get it.”

In case you still haven’t figured it out, the tall man is Hubs and the (not-so) comely wench, yours truly.

The house I grew up in was notoriously anti-PDA. Still is. My parents had separate rooms and everything. In fact, it was not so much anti-PDA as it was anti-A. Our house was the antithesis of commonplace affection. The place in which feelings came, dragging its battered hind legs, to die.

My mother’s manner of showing love was in the way she threatened to mete out punishment for real and imagined wrongs:

Yeah, she’s hardcore.  She is soooo going  in an old people’s home as soon as she is too weak to run away. Or chase us.

Suffice to say my mother is not prone to tenderness and we took our cues from her.  Since my father was not quite around, he could do nothing to stop it. He tried though. After prayers one Christmas morning he asked us all to line up and kissed us on both cheeks like he was some kind of Judas (mixed metaphor but it stays).

I never want to experience that again. The sensation was similar to salted worms wiggling about in my belly trying to escape.  I thought I would be sick. All you could hear all over the house was the sound of taps as my sisters and I scrubbed our faces and had second showers to wash the sensation away. One sister went down with malaria-like symptoms in the middle of the Harmattan season.  That day blighted the whole year. In our house, 1994 did not happen.

But my youngest sister Ketchup is too small to remember this, which is why early this morning she sent all of us a Whatapp message which read:

Please if I speak to you on the phone and after the call I tell you ‘LOVE YOU’ please don’t feel awkward or embarrassed. I’m learning to be a sweetheart.

Cue umbrage from the rest of us:

“See this goat. Better don’t tell me anything. Tell your papa,” said Crayfish.

“Let me block your number sef,” I said.

“Hahahahahahahahah! Tell them, mezuo ya,” said Pastor. “Make sure you say the full thing ‘I LOVE YOU’.”

We all ignored her. She’s getting married soon, is in the throes of ‘sometini’ and doesn’t count.

“#damagedgoodsthings” Hashtag summed up, in case it was not obvious.

It’s not Ketchup’s fault.  She is one of the children my parents had after they decided not to have any more and so she doesn’t understand the taboo she’s just unleashed. Our collective day is ruined.

Of course living with Hubs these many years has kind of taken my edge off. He’s the only child of his mother and thrives on (displays of) affection like a plant under the sun.

Dwelling in a London might have ruined me further and while I no longer automatically distrust people who use endearments like ‘Dear’ as easily as they draw breath, I do find calling me ‘Love*’ quite irritating, especially when I know that you wouldn’t spare your piss if I was on fire. I can hug people without breaking out in a sweat. I can kiss on the cheek, two if I have to. However unless you are literally on your deathbed, please do not hold on to me longer than is absolutely necessary.

But I think the biggest change happened after Tot was born. It did not happen unconsciously, nor did it happen immediately. It is something I have had to and continue to  work on. What do you do when your child asks you for a hug after all? Say no?

Yes. If they are being cheeky and hoping to use hugs as a way to avoid tidying up their toys. Or if you have something hot like a pot in your hands. Otherwise I give him what he needs. What does it cost me anyway? My waistline? My sanity? Those are already kaput. And time may well come when he might not want me to touch him anyway. Better get those in now. I enjoy his baby hugs.

Affection like so many things has degrees. If I feel like I should hug you I will. Other than that, please shake my hand, it is nothing personal.

As for my youngest sister Ketchup and her little sweetheart experiment, we all know no good can come of it, not with us as her sisters.  We’re all too damaged. But if she is willing to get her dose of ‘normal’ affection elsewhere, who are we to stop her? We all did and it’s not too shabby.

Just…you know…as long as nobody tries to touch my face. That is where I draw the line. Put your hands anywhere near my mouth and you know it’s coming away sans phalanges. 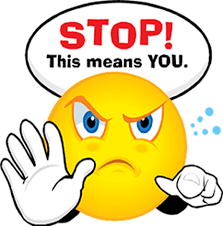 * I will only accept this from one person and she knows herself.

Go to hell and burn to ashes. Enemy of progress. If they sent you tell them you did not see me. Don’t write me this nkanka letters again.

I am willing to give you chances to change your mind, Njide because my love for you is real. I want your heart not your waist.

Today is Nigeria’s Independence Day and to celebrate I am coining new words to reflect the fact that I am a little bit of both, born in Nottinghamshire, raised in Nigeria.

‘Kegwan’ is coined from ‘Kedu’ , the short form of ‘Kedu ka i mere’ which means ‘How are you?’ in Igbo and ‘Wagwan’, the Jamaican bastardisation of the same, popular among the yoof in London.

Okay, I’ll be the first to admit that ‘Kegwan’ is not great.

I tell you what is though; my short story made it into Running out of Ink magazine! Huzzah! You can read it here or on the magazine cover above to get access to the whole index.

Leave me your thoughts. I will be glad of them. Till then, it’s back to the grindstone for yours truly.