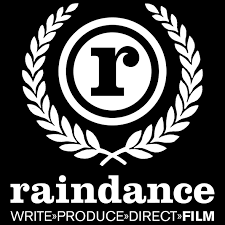 Tomorrow I am at Raindance Film Training in London, doing an Intro to Screenwriting course and I am totes excited/nervous/apprehensive/thinkingofnotgoingbecauseIamacoward/thrilled.

I decided to do this for two reasons:

1) I LOVE dialogue. I had to curb my enthusiasm for this in my last few pieces because my editor thought I should describe more, but I LOVE my dialogue. I really do. I find myself nowadays looking at some of the stories I have as if through the lens of a camera.

2) I think that the key to creativity is keeping it fresh, finding different media to tell stories. I am a storyteller, after all. I should be able to do this in any way.

I wasn’t thinking Nollywood at first but why not? I’m tired of always dissing what they do. Maybe I should get in there and write the scripts I want to see, put my money where my mouth is and all. And I should really start watching Nollywood films. The last time my sister was here, she brought along some tripe…no, no. I shan’t diss anymore.

On that note, ‘big-ups’ to all the producers, screenwriters and directors that are trying to improve the industry and do something different with it, to all the actors who are trying to grow and hone their craft and to everyone else who refuses to accept mediocrity.

Down with piracy and jagbajantis storylines.

Which reminds me. I have to pitch in front of industry professionals tomorrow. Yikes. Maybe I should pitch them ‘Blackberry Babes’ and see how they take it.

What do you say?

In other news: Has anyone seen this film that is making the rounds on Facebook?

It’s a bit sad because you already know how this story will go!

UPDATE: I found out I was right. Watch the trailer.

“Eeeeeeee! Bebi m eeeee!” The woman screamed. The veins in her neck were knots of  rope squeezing the scream from her throat. On cue, my sisters and I burst out laughing.

“Rewind it again!” we cried. My elder sister obliged and we all laughed again as the woman, her voice hoarse, threw her hands on her head and cried for her dead baby. The camera moved behind her to a swollen-bellied baby lying in a man’s arms. The man gritted his teeth, grunting. The child’s eyes rolled back into hollowed-out temples, white with thin black arcs showing under its eyelids.

It wasn’t so much the woman we were laughing at, as much as the peculiarity of her cries. We didn’t understand. I for one, was four.

As the woman’s wails faded away, the song we called the ‘Mummy song’ but which is actually titled ‘Ije Enu’ came up underneath it.  And with it, my introduction to Celestine Ukwu.

We have been very fortunate, my family. On both sides, we didn’t really lose anyone in the war. All five of my mother’s brothers went away to the front lines and all five of them came back. All my father lost was four years when he could have been going to University learning how to save lives but which he spent building ogbunigwe bombs to destroy them instead. I would like to think that it gave him great insight as a surgeon.

My great-uncle’s loss was often recounted with great gnashing of teeth on his part. He lost all of his property in Port Harcourt when the Nigerian government saw it fit to reward the war efforts of the non-Biafran side with Biafrian loot, to hear him tell it. My uncle would get particularly agitated as he told of knocking on the door of his many properties and being told in no uncertain terms where to stick his ‘landlordship.’

It wasn’t until I was sufficiently grown up that I heard that woman’s “Eeeeeeee! Bebi m eeeee!” cry for exactly what it was; despair, pain, sorrow all wrapped up in one. It wasn’t until we were grown that our parents told us about the comrades they had lost, childhood friends and neighbours who they might have inadvertently inhaled as they burned or tasted as they blew up next to them in tunnels or bushes.  I understood that  they feared to tell us these stories as children because they did not want us burdened with the knowledge of such atrocities. Or maybe it was a different kind of fear; a lot of Igbo families did not  trust the government, they were afraid of the army and the police was certainly not their friend as the Nigerian motto claimed. There was always a risk that we would repeat what we heard so our parents just didn’t talk because they did not wish to invite trouble.

I began to gnash my teeth long after my great-uncle died as I thought of all that property taken away from him, how he died poor and nearly broken in my village Oba, so small that it escaped the war altogether but not so much that it did not have more than its fair share of refugees or draftees or lost sons.

I understood the bitterness; why some people will never allow intermarriage in their families from either side and – though it is not my philosophy – how hard it is to convince them otherwise, how much of a numpty you will look if you even try. Where do you start preaching the message of unity from, born more than a decade after the war ended?  How can there be any sort of healing when nobody is willing to acknowledge from either side what went wrong? When wounds are still fresh from where people had their hopes and dreams and desires torn, cut or ripped clean away?

Where I come from, people still count their riches in Biafran shillings. They say ‘During the war I was so-and-so’, and they spit when they recount handing over their hard-earned money for a measly amount of Nigerian naira. All fingers of the hand were not supposed to be equal but after the way, they were all cut down to size.

And through all this, the one thing I came away with was a deep, abiding love for Celestine Ukwu, a wise man, a philosopher. A man whose music for me, has become more than just the soundtrack to horrific images of the Nigerian-Biafran War (Vol 1-3). His message of peace and togetherness speaks not just to a bygone era but to what we can be if only we put our minds to it.

I am not sure I could watch that woman screaming now. I hope she found some peace in her life.

I’ve never seen this show before. It’s supposed to be about a local council, I think? Anyway, the sign above is meant to warn about a trip hazard.

It reads: ‘To watch out for your journey (trip) being fearsome’ in Igbo.

Atrocious, but at least our language is up there.

Forget the godawful title trying to be all Color Me Badd ‘I Wanna Sex You Up’, I think this book could make for interesting reading.

As someone who pulls her hair out at how BADLY Nollywood treats women (see here), it is refreshing to see that not only does someone else feel the way I do, but she has gone ahead to write a book about it! With facts! And stuff!

I’m still baffled as to why it came up in a search for Zulu Sofola’s works on Amazon – I had to go back and type the name of the book to get a clean link for you guys to click through to – but I am chalking this one up to fate today. I’ll let you know if it’s any good. There are no reviews on the Amazon at present so I am buying blind.