Maybe I’ve always been a bit blasé about hair because mine grows so easily; I could always switch from natural to permed and back again.  But lately especially, I find myself tiring of the natural versus relaxed hair debate.

I understand all the connotations of having relaxed hair. Believe me, I do. I too have had weave itch, the sort that leaves you slapping your head repeatedly in public, with no thoughts whatsoever as to how mad you look.  No care either. Nothing but the desire to scratch that unreachable, infuriating, itch.  The near soporific effects of scratching it cannot be matched by anything in this world.

I have suffered the sores that come from digging too deeply with a pen or other handy pointy object under dandruff and sweat encrusted wefts. I have had my hair fall out from too much relaxing and traction from braids. It was not pretty.

Still it’s such a shame that black women’s hair is so highly politicized. I understand why it would be but it still is sad that it is so.  Because the truth is that I didn’t change the way I wore my hair because of any movement but because relaxers affected me really badly. It was just not worth it. To ME.

And that’s what hair boils down to in the end: personal choice. It doesn’t really matter what anyone thinks. Of course it is entirely possible that had I not been in Newcastle where African hairdressers were few and far between, or were not properly trained and expensive to boot, I might have continued with the weaves and the braids and the creamy crack. It is possible. After all, it costs twice or three times as much to have natural hair made in the market in Nigeria – unless it is isi owu. And even then,  chances are that they will use the wrong  comb  and complain so loudly about their fingers hurting  that you will feel you have serpents for hair like a gorgon.

The way we wear our hair is not only an expression of how we feel, who we are. It is also purely functional. With the hustle and bustle of daily life, not everyone might choose to have natural hair. Some women might prefer to wake up and run a fine-toothed comb through their hair before they leave for work. Others might polish their gorimapa with coconut oil and bounce. Because let’s face it, hair is work. Natural hair is work, even our ancestresses knew that. Hence the wigs and head-dresses they wore to give their own hair a rest in between styles. Relaxed hair is also work; anti-breakage this and placenta that and hair burning and sores and picking the scabs on your scalp and money, money, money.

So, I guess what I am asking is, can’t we all just get along? Shouting abuse across the (not-so) great divide isn’t really the way to be heard. That girl with long flowing Brazilian/Peruvian/Chinese hair might secretly wish she was another race. She might have received negative messages about her hair her whole life.  Or she might not even consider herself any less proud of her race. That woman with dread locks/an afro/bantu knots/a twist out might have her hair that way to prove she is a Sister. Or she might simply prefer the peace of mind that comes from knowing she can walk under the rain or swim any day without a huge freak out session being involved. (Or that emergency plastic shopping bag, shoved over her face like a masquerade!)

It’s a shame one side is considered more ‘professional’ to the other’s ‘creative’ and ‘political’. Does having weaves mean I can no longer write poetry and fiction? No. Would having locks mean I can no longer wrap my head around facts and figures in financial institutions? I don’t think so. And yet that is the way it is seems now. People are being forced into these boxes by corporations, society and even by themselves.

Let it be. Live and let live. [Insert choice of cliché here]. This post was not supposed to be deep (or even particularly well-writen, har har). I am just a bit tired of all the slings and arrows. How a black woman chooses to wear her hair should be her choice. She is entitled to it. Just like she is entitled to change her mind about her choice. That’s what it means to be truly free and that can only be a good thing. 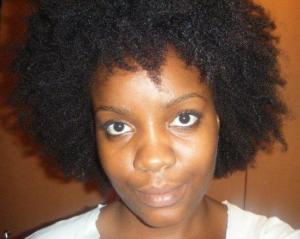 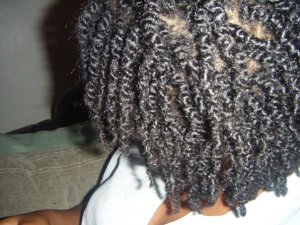 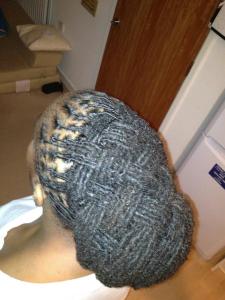 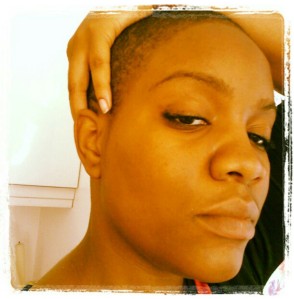