I have been gone quite a while and I am sorry.

In my defence, I was only following the advice from a certain Dr friend of mine and trying to put down my stories on other media…other paying media. I love blogging though, I love the instant feedback you get from blogging. It’s such a beautiful place to find out what people think/like/feel/hate and it’s often where I try out new styles of writing. You have all been wonderful in this regard and I feel like I have failed you by cutting back on blogging time – yes, even if I am juggling other things.

I am off to do penance for my sins. A nice bit of self-flagellation should do the trick. Or any flagellation really, haw, haw haw. 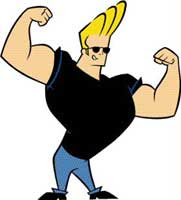 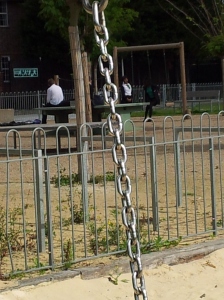 What are these smalling children doing eh? See them, still in their school uniforms, just messing around. And for what?

*** In case you cannot see, there are three (black) girls to three (white) boys. The couple by the tables lay down, the girl between the boy’s legs at some point. The girl had the chest of a thirty-year-old and the braces of a twelve-year-old. The hidden set is of a boy sitting on a bench, trying to convince the another girl to ‘have a go’ because their friends – the obvious couple – were snogging. (Granted, I imagined this bit.)

The girl in green arrived last with another boy. She kept her distance,preferring to swing by herself. The girl in white you can see, is the snogger. ***

And while my liberal self rejoices at such uniformed interracial-ism, I cannot help but wonder, in such an unequal world (males above females, white ‘above’ black), if there was to be a scandal who would find themselves the losers? Please if you have daughters, pick their ears very well. A young, black girl is already twice ‘disadvantaged’ in society.